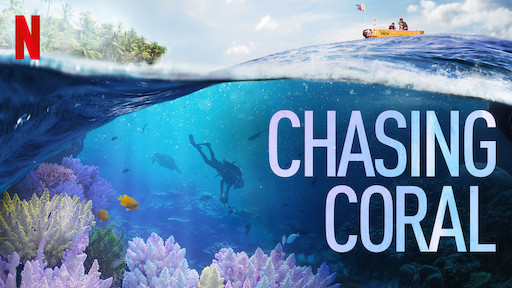 If you can’t be out there diving the next best thing is watching some great documentaries that expose some intriguing locations and aspects of the undersea world that may be new to you.  The films below focus primarily on environmentalism and the health of the oceans with the exception of one that takes a look at a commercial diving accident.

Have you seen any of the reviewed documentaries before?  If so, I’d love to know what you think.  Is this a reasonable list?  What is your favorite?  Is there another you can suggest.  What ideas can you add to the discussion?  If you’d like to join in, please post your response in the comments section at the bottom and we can compare notes.

Journalist Craig Leeson, BBC Blue Planet producer Jo Ruxton, and champion free-diver Tanya Streeter, along with a team of scientists, spent four years traveling to twenty locations to research the implications of plastic pollution in the ocean.  They focused on how fragile the environment is and the issues of poor to non-existent recycling facilities in many areas, micro-plastics entering the food-chain, chemicals causing hormonal imbalances, and how all life on the planet can be affected.  Some solutions for consumers and governments are offered that could make an immediate impact.  This well-crafted documentary graphically illustrates the enormity of the problem.

This award-winning film is an emotional and passionate look at widespread coral bleaching that has happened due to temperature increases in the ocean’s temperature.  With record-setting highs in 2016 and 2017, corporate marketer, Richard Vevers and a team of scientists, photographers, and divers started a mission to raise awareness of this dangerous trend.  The team traveled the globe to document the phenomenon using time-lapse photography to demonstrate how vast areas of coral are dying.  Along the way we are treated to excellent descriptions of coral life and why it is so important to the ecology of the world.

As toxic waste and overfishing continue to pose threats to the health of the oceans, Sylvia Earle has created Mission Blue with the goal of setting up a network of protected marine sanctuaries and inspiring the world to join the battle.  The documentary focuses on the life and work of Ms. Earle, the world-renowned marine biologist, oceanographer, and pioneer.  Beginning her career in the research of marine life starting in 1953, we follow her crusade to preserve the oceans that began in an era when the attitude toward women was more challenging.

The Blue Planet is a series of eight episodes showing the wonders of the ocean from coastal and deep-sea environments around the world.  Premiering in 2001, produced by the BBC, and narrated by David Attenborough, it is “the first-ever comprehensive series on the natural history of the world’s oceans”.  It won numerous awards for cinematography and music and was the precursor for a number of similar BBC nature documentaries including the follow-up, Blue Planet II.

Following the success of The Blue Planet, the BBC released the 8-episode series Blue Planet II in 2017, again narrated by David Attenborough.  Highlighting many aspects of ocean life, the filming took place over 125 expeditions with 6,000 hours of undersea footage in 39 countries over the course of 4 years.  It has been viewed widely around the world and is credited with bringing increased awareness of plastic pollution.

In a follow-up to Sharkwater (2007) Rob Stewart takes us on an adventure to expose the scope and barbarity of the illegal shark fin industry and the powers behind it while disposing of misconceptions concerning sharks themselves.  Unfortunately, Rob died in a scuba diving accident while filming and the project was completed by a foundation in his name.

This 2019 documentary recounts the story of a saturation diving accident in the North Sea.  A diver’s umbilical is severed leaving him with a small amount of breathing gas, no hot-water to warm him, no light, and no radio link to the surface, at a depth of 100 meters.  Genuine footage and audio take you through how he was located and finally brought back.  I won’t spoil the ending for you here.

With a background of dolphin training from the Flipper TV series, Ric O’Barry, former National Geographic filmmaker Louis Psihoyos, and the Ocean Preservation Society go to Taiji, Japan to expose the brutal capture and slaughter of dolphins which they assert reaches 23,000 per year in Japan.  Part documentary and part espionage thriller, the film is a call to action for a halt to such practices and won an Oscar for best documentary in 2010.

Check out the options on Amazon

This 2013 documentary concerns Tilikum a Sea World orca who was involved in the deaths of three people.  The director Gabriela Cowperthwaite investigates the capture of the whale in 1983 and circumstances and treatment while in captivity.  Former trainers are interviewed and footage of attacks on trainers is featured.  A testimonial from Lori Marino, director of science with the Nonhuman Rights Project is included.

Check out the options on Amazon

Released in IMAX format in 2003, Coral Reef Adventure is the documentary of a husband and wife team who explore the failing health and declining reefs of the world’s oceans.  Spectacular cinematography highlights their 10-month expedition around the South Pacific showing a range of conditions from immaculate to big tracts of coral bleaching in places like the Great Barrier Reef and Fiji.  Along the way, they meet with scientists working to save the reefs and Jean-Michel Cousteau.  It is directed by Greg MacGillivray and narrated by Liam Neeson.

I hope you have found this review of the best ocean documentaries to be useful.  If you have any questions or comments or your own personal review, please feel free to share in the comments below.  If there is no comments section directly below, click here:  >>comments<<